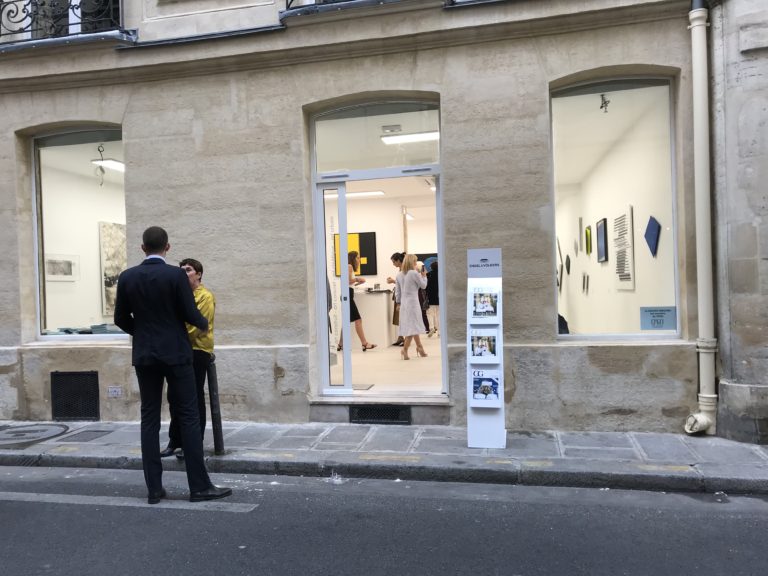 Back to work agenda !

In September 2020, the Parisian gallery celebrates its first anniversary with an ambitious year-end programme!

Established since 2004 in Le Touquet Paris-Plage, Galerie Wagner has developed its reputation among collectors of concrete, constructed, kinetic and urban art. In September 2019, Galerie Wagner opened a second space in Paris, keeping Le Touquet as a preview location. Come and celebrate this first anniversary in Paris by taking part in the various events to which we invite you. More than ever, we need you to give meaning to our passion!

– Thursday 3 September from 2pm to 9pm: Opening of the group exhibition “Entre les lignes” in parallel with Paris Design Week (exhibition until 26 September)

– Sunday 13 September from 2pm to 7pm: A Sunday at the Gallery in Paris and… in Le Touquet!

– Thursday October 1st from 2pm to 9pm : Inauguration of Hélène Vans’ solo exhibition “Espaces dits visibles”, in parallel with the installation of a monumental sculpture in Bezons by the company First Avenue as part of the “1 immeuble, 1 oeuvre” scheme (exhibition until October 17th)

– Thursday 22 October from 2pm to 9pm: Inauguration of the group exhibition “Autour du plan” in the presence of the artists Vincenzo Marsiglia and Julio Pacheco-Rivas presented in parallel at the Art Elysées exhibition by the Boesso Gallery (exhibition until 14 November)

– Saturday 19 December from 2pm to 7pm: Finissage of Ode Bertrand’s solo exhibition on her 90th birthday!

As the Wagner Gallery is also a place for artistic encounters and sharing, we regularly welcome personalities from the scientific, literary and theatrical worlds…

– Tuesday 6 October at 5pm: Signing of the book “Sur le geste de l’abandon” by Pascal Quignard under the direction of Mireille Calle-Gruber, in parallel with the exhibition organised at the BNF

– Wednesday 18 to 25 November from 2pm to 9pm: Exceptional exhibition of Valère NOVARINA’s pictorial works on the occasion of a new publication.